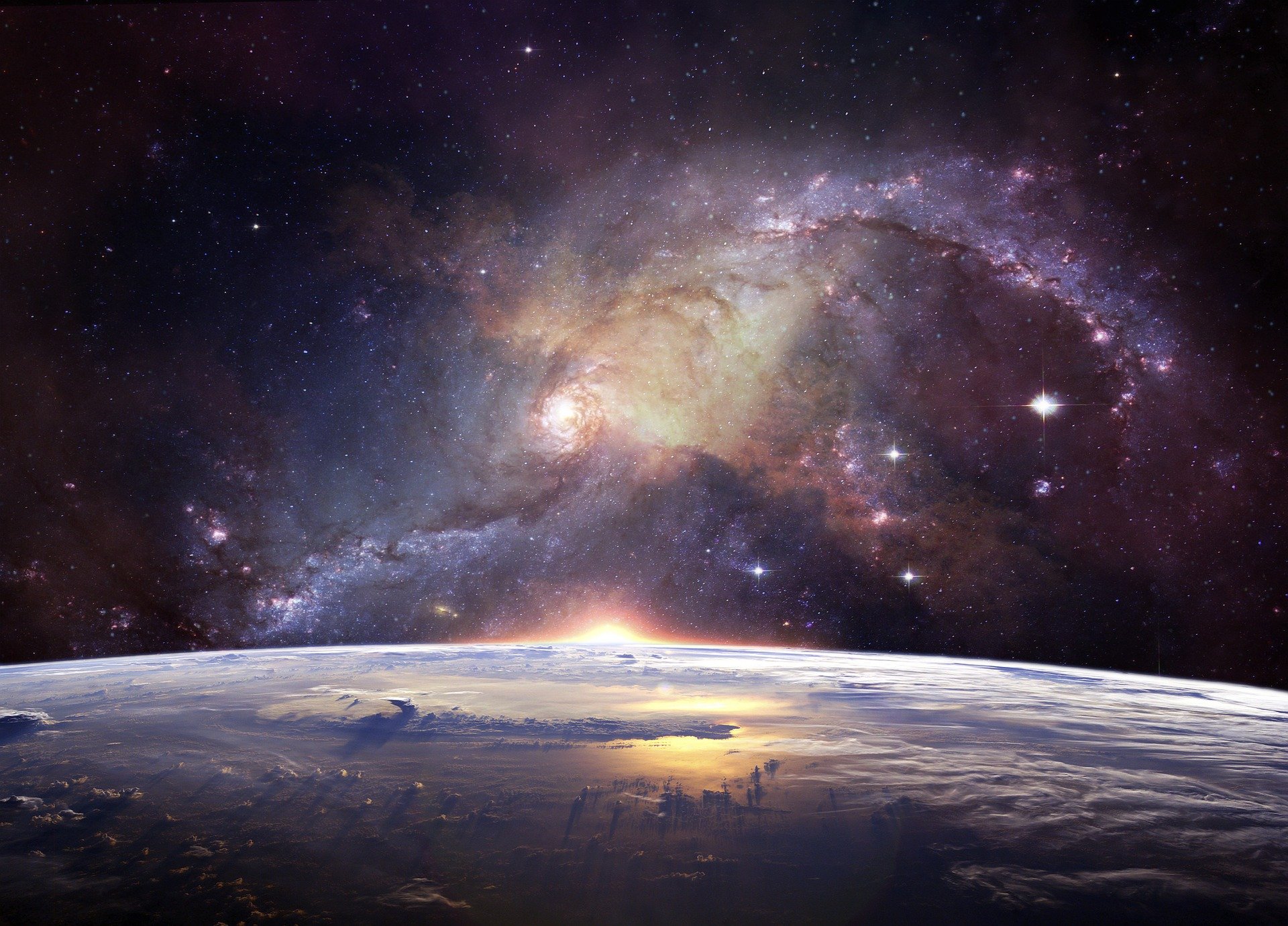 "Does God REALLY exist? I mean, for real? Is there any evidence that God exists?" I would imagine that every person on earth has asked this question at least once in their life. Unfortunately, God has not opened up the clouds and said to everyone, "Hey y'all, I'm right here!" Well, not in our lifetime anyway. But honestly, in today's age, I'm not really convinced that would make a difference anyway. Some people might STILL say, "Yea, right." So can anyone have real confidence in the existence of God? Actually, the Bible does says that all of creation makes the presence of God known, and the heaven's declare God's glory.

... The heavens declare the glory of God; and the firmament [sky and space] sheweth his handywork.

Would I conclude God exists simply by looking at the earth and heavens? There are many scientists that, after close examination into fields such as biology, astronomy, etc., become aware of the overwhelming evidence that heavily supports a creator. Several of them even become Christians and forfeit their credibility with mainstream atheistic science.

An Apologist (defender of the Christian faith), by the name of Dr. William Lane Craig, uses an argument he calls, "The Cosmological Argument" aka "The Kalam Argument" to prove the universe had to have a cause. This argument states that;

Let's look at each of these in finer detail.

Whatever begins to exist to exist has a cause

The universe began to exist

Another point that gives credence to the idea that the universe had a beginning is rooted in the second law of thermodynamics. This physics law states:

"...the state of entropy of the entire universe, as an isolated system, will always increase over time."

To clarify this statement, "entropy" is a measurement of disorder, or a loss of energy or information. So this is basically stating that everything in the universe goes from order to chaos, and depletes it's energy or information. Think of a game of pool when a player breaks the rack of neatly shaped balls. Initially there is an explosion of energy. The tightly packed balls scatter, expanding outward from their neatly formed order to complete chaos all over the table. The balls eventually lose energy, slowing down their motion, and finally stopping on the table. How is this relevant to our universe's beginning? We know the universe is a closed system, meaning the universe does not transfer energy (or matter) into or outside of itself. With that in mind, we also know the universe is slowly running out of energy because everything in the universe is winding down. So our universe can not be eternal because if the energy is winding down over time, then you should be able to go backwards in time and eventually find the beginning to that energy. Otherwise, if the universe were eternal, objects such as our sun, comets, far away stars, etc. would contain a never changing supply of energy instead of losing it's energy over time as the second law of thermodynamics states.

Therefore, the universe has a cause

"Since the universe had a beginning, thus also had a cause, then whatever caused it to exist has to be outside of the properties of the universe. The cause of the universe would have to be timeless, spaceless, and immaterial."

The very first verse in the Bible explains how God caused the universe and it's properties.

In the beginning [TIME] God created the heaven [SPACE] and the earth [MATTER].

Website: The Universe Had a Beginning, https://www.ligonier.org/blog/universe-had-beginning/ - by Nathan W. Bingham

Website: Einstein's Conversion From A Static To An Expanding Universe, https://phys.org/news/2014-02-einstein-conversion-static-universe.html - by Springer

Website: Hubble Finds Proof That The Universe Is Expanding, https://www.pbs.org/wgbh/aso/databank/entries/dp29hu.html

Video: Where Did God Come From?, https://www.youtube.com/watch?v=w6AHcv19NIc - speaker Kent Hovind