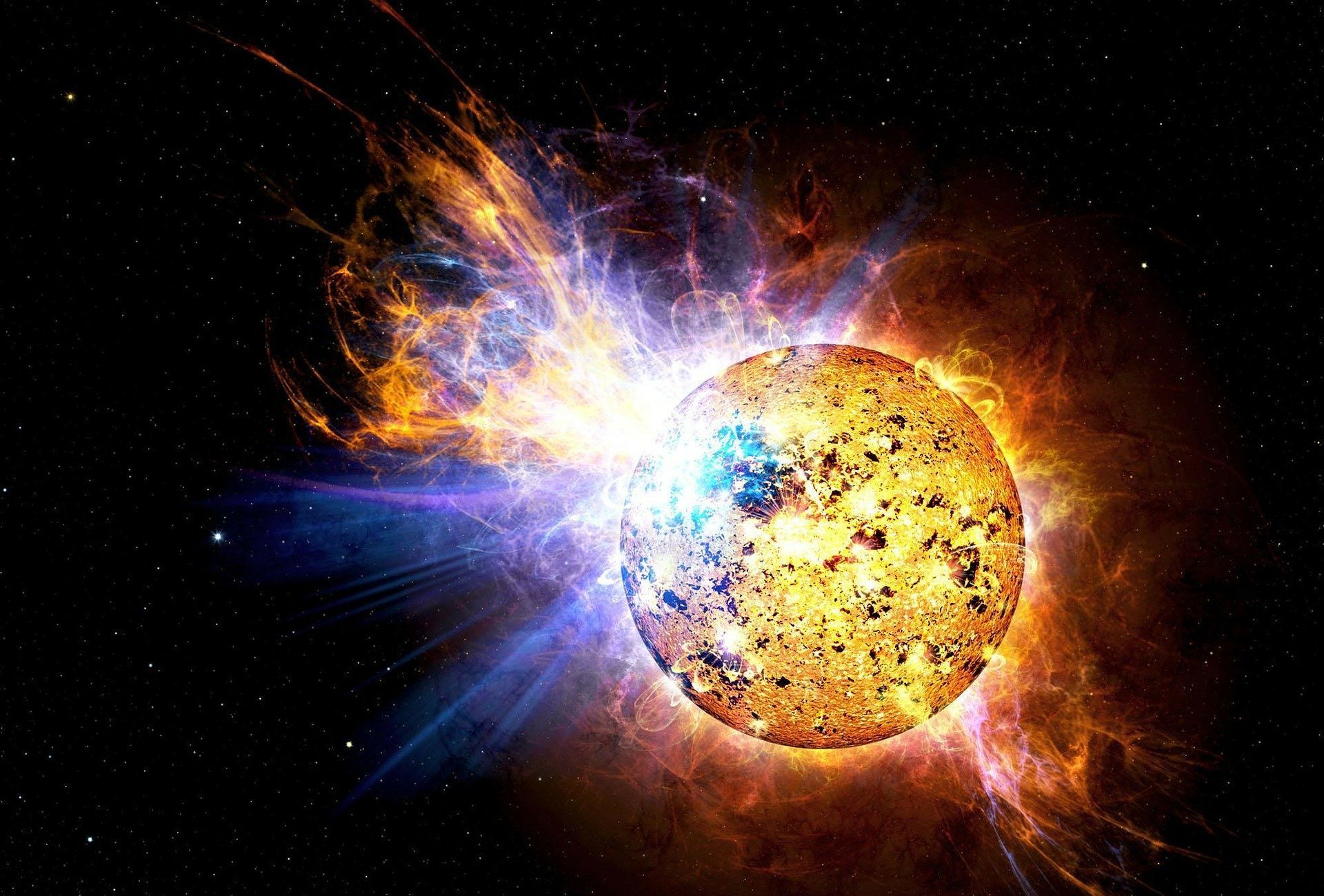 There are many telltale signs that point to a young earth creation as the bible implies, instead of wrestling with billions of years assumed by evolution. Two of those signs deal with the most well known objects in our day and night skies; the sun and moon. What can the sun and moon specifically tell us that proves our earth could not have existed as far back as mainstream scientists claim? It is quite simple actually, and nothing full of too much scientific jargon or complicated technical terms. If I told you that the sun is shrinking, or that the moon is moving farther from earth every year, I highly doubt that would deem further explanation. These are pretty straight forward and factual statements that any layman can understand. Nevertheless, many have not truly considered what this implicates and, often in the same breath, claims are still made that earth is 4.6 billion years old. What you don't realize is you can't have it both ways.

Evidence shows us that our sun has been continually losing it's mass due to solar winds and the transformation of mass into energy by nuclear fusion. The sun's average diameter loss of mass is roughly 5 feet of per hour, or 5 to 6 million tons of mass per second! That sounds like a ton! (pun intended). It's really not as much as you may think. Our sun is estimated to be about a million miles in diameter, with it's mass loss equaling approximately 0.1% per century; so relax, you have nothing to worry about for many lifetimes. But, you should be asking, "What does that mean for us?" It means that if the sun is shrinking, it use to be bigger. And if the rate of shrinkage can be measured, we can go backwards in time. For example, the bible believing creationist claims everything was created roughly 6000 years ago. If that is true, the sun would only be about 6% bigger than it is now when it was created. No significant measurement at all. BUT, if you go back in time much much farther to accommodate the evolutionist, you begin to run into a problem fairly quickly. If we continue with this math, in just 100 thousand years, the sun would have been DOUBLE the size it is now! It is also important to note that the gravity of the sun would increase as the size increases, which would also have significant effects as well. I highly doubt the environment on earth, because of this, would be conducive for life.

So how far back would we have to calculate before the surface of the sun would be touching the earth? We know that the radius of mass loss of the sun is 2.5 feet (half of the 5 ft diameter loss), and we also know that the sun is about 93 millions miles away. There is 5,280 ft in a mile. So let's do the math:

By this formula, assuming the rate of shrinkage has not changed, we find that the surface of the sun would be touching the earth at about 20 million B.C. In my view, the age of the earth offered by mainstream scientists is simply not possible considering this data. But we are not finished, there is still yet more things to consider when working out this equation.

"The shrinkage rate centuries ago would be determined by the balance of solar forces. Since the potential energy of a homogeneous spherical sun varies inversely with the solar radius, the rate of shrinkage would have been greater in the past than it is now. The time at which the sun was twice its present size is less than 100 thousand B.C. The time at which the surface of the sun would touch the earth is much less than 20 million B.C. Therefore, the assumption of a constant shrinkage rate is a conservative assumption."

In the case of the moon, it is actually moving away from our earth about 1.5 inches every year. Again, if we can measure this, it means we can go back in time and figure the moon was closer in earlier times. What would the effects be if the moon was extremely close to the earth? One of the main issues of concern would be the ocean tides, since the gravity of the moon controls this. According to "The Inverse Square Law", if the distance between two objects is 1/3 closer, the force of attraction (gravity) is nine times greater (1/3 inverted is 3/1. 32 = 9). This increased gravitational pull would make the tides extremely high, wiping out much of the land mass and life around the globe. This would be equivalent to a hemispheric flood every 24 hours. And if the orbit of the moon would become a shorter distance, the moon would actually orbit the earth much faster than it does today, which means it may cause high floods less than every 24 hours.

Additionally, using the math much like we used for the sun, to measure the rate of travel away from the earth, the moon would have been hitting the surface of the earth approximately 1.2 billion years ago.

"This fact alone put the age of the earth/moon system at less than 1.2 billion years max."

- Walt Brown, In The Beginning

"The evolution of the lunar semimajor axis presents the well-known timescale problem: the lunar orbit collapses only a little over a billion years ago."

Obviously we see these two facts, by themselves, testifying to a young earth/solar system. There are dozens more facts like this, however you only need one good one to make the case, even if the evolutionist claims to have hundreds of facts that prove an old earth. If you have 100 facts that say "John Doe" murdered someone, but ONE fact that proves he wasn't even there when it happened... the case gets thrown out. He didn't do it. In the same type of argument, the earth cannot be billions of years old with even a single fact that proves otherwise. What are your thoughts? Can the earth be billions of years old?

"For in six days the LORD made heaven and earth, the sea, and all that in them is, and rested the seventh day: wherefore the LORD blessed the sabbath day, and hallowed it."

Book: In The Beginning, Walt Brown

sun moon creation young earth
Repentance Is Not Perfection
Of Men And Dinosaurs
"Ahhhhh... No Thank You!"