Fearfully and Wonderfully Made! 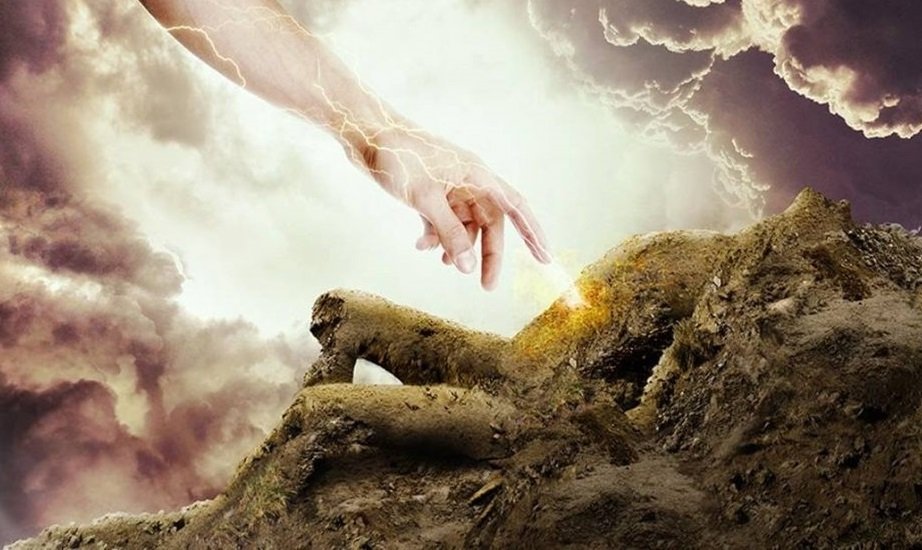 Did you know that if you compare the number of atoms in the human body to the number of stars in the known universe, your body is a million times more comprehensive than the universe? Scientists and doctors have estimated that the human body has approximately 1028 atoms. (1 with 28 zeros after it!) Now, consider the known universe, which is estimated to have 1020 stars. God really wasted no creativity and design when He made YOU!

"I will praise thee; for I am fearfully and wonderfully made: marvellous are thy works; and that my soul knoweth right well."

We are extremely complex creations that have the fingerprints of God's creativity all over us. The psalmist says in Psalms 19:1 that "the Heavens declare the glory of God". Well then, if you are a million times more complicated than the known universe, imagine how much of God's glory that YOU declare!

Each atom has three main subatomic particles called electrons, neutrons, and protons. The atom's nucleus us made up of the protons and neutrons, while the electrons orbit the nucleus. I'm sure most of us learned this in middle school, but were probably too busy day dreaming to allow the beauty of it all sink in; I know I was. You see, what's amazing here is if you had a nucleus roughly the size of a basket ball, the electrons in orbit could be more than 2 miles away; and that's a conservative estimate! With all that empty space in between the electrons and the nucleus, imagine if you were small enough to hold that nucleus in your hand like said basketball while staring out into the empty distance looking for the orbiting electrons. Now think again about the number of atoms in your body (1028). How much empty space is actually in your body? You could possibly even compare your internal body to that of outer space if you get small enough!

How about the human cell? Not as small as the atom, of course, but so busy with life with many complex systems at work. You could easily describe the cell as comparable to a large city bustling with a multitude of different functions. Additionally, each cell is made up of roughly one trillion atoms, and each person has anywhere from 10 to 100 trillion cells!  Here are some jaw dropping facts to ponder about the awesome cell...

Let's now consider your DNA as another example. Your DNA, or deoxyribonucleic acid, is the holy grail of proof for intelligent design against evolution. DNA is comprised of 4 different bases. Each base is paired up with another base, creating a staggering THREE BILLION base pairs! Here is a set facts that will give you a better idea of the glory of God's infinite creativity in your DNA.

DNA is literally a biological LANGUAGE that tells every living thing how to be constructed. The "blueprints" of life, if you will. But this language, or code, is no simple thing. With it's three billion base pairs, it's one of the most complicated and advanced languages in our universe! Nothing man made has yet matched it's complexity. Even Bill Gates is recorded stating,

“DNA is like a computer program but far, far more advanced than any software ever created.”

- Bill Gates, "The Road Ahead"

"In man is a three-pound brain, which, as far as we know, is the most complex and orderly arrangement of matter in the universe."

"The capacity of the brain is such that it can hold information equivalent to that contained in twenty-five million books, enough to fill a bookshelf 500 miles long. In contrast, the Library of Congress has seventeen million volumes."

I could truly write THOUSANDS of mend-bending facts just like these about every facet of the human body, space, etc. I have discovered a book that is, in my opinion, one of the BEST books I have read on this amazing topic. It's actually the main source of this article, and I give full credit where credit is due. You may have already read my citations for Dr. Swenson. His wonderful book, "More Than Meets the Eye" goes over a ridiculous plethora of incredible facts of the body's infinite complexity and God's hand in its creation. After reading this, it's extremely difficult to conclude that God played no hand in the creation of the universe. This is one you want to share with your friends, for sure!

Purchase Dr. Swenson's book HERE. I very highly recommend this book! You will not regret reading it! 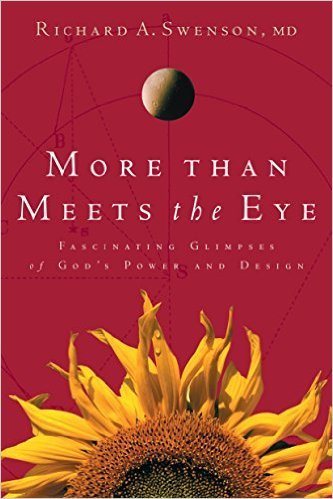 Of everything God has made, humans are His most cherished and loved creation. But, we are not created like anything else in existence, instead we are made in God's own image!

Book: "More Than Meets the Eye" - by Dr. Richard Swenson

God design science intelligent
Repentance Is Not Perfection
Of Men And Dinosaurs
"Ahhhhh... No Thank You!"