Free Will Or God's Pre-Chosen 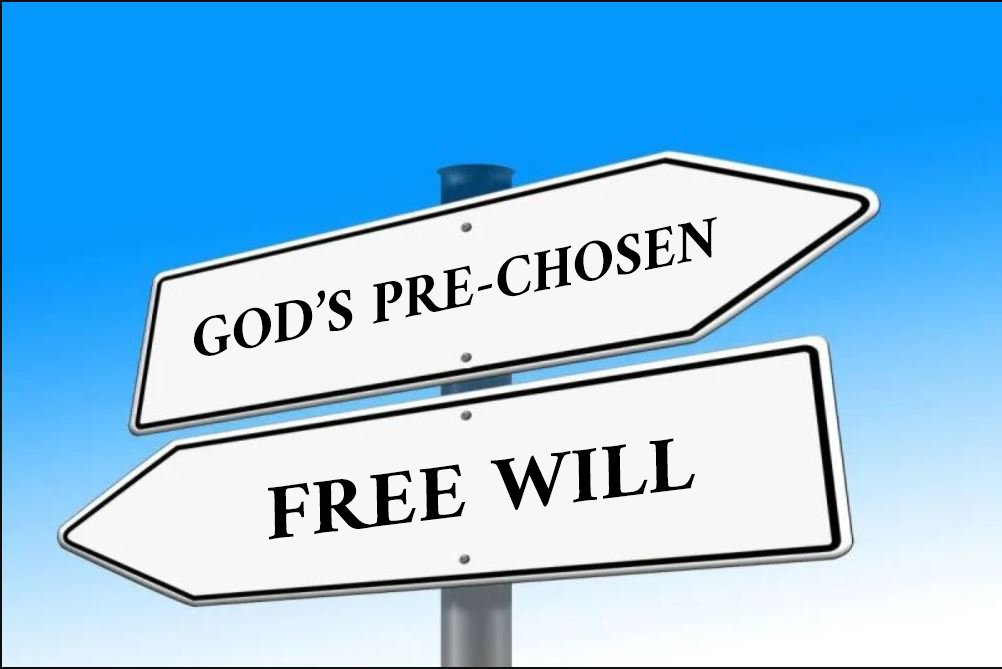 It's hard for many to reconcile the idea of absolute free will for men and women. Many make the arguments, "If God knows everything before it happens, then there really is no actual choice at all, right? And if God has chosen some instead of others, that really isn't fair either. How would I know if I am chosen? And if God chose me first, then is it even my choice in the first place?" Have you heard these arguments, or something like them? I know I have, many times. These were rough arguments for me to refute for some time, and I even struggled to make harmony of them. However, there really is a wonderful answer to these arguments that satisfies all these questions for everyone.

We really have to grasp God's vantage point when considering what we know as time. God does, indeed, see the beginning from the end; that is true. And He did chose us before the foundations of the world as stated,

"According as he hath chosen us in him before the foundation of the world, … "

How can this verse yet make sense? Let's try to understand God's view of time from a perspective we can attempt to comprehend. I once heard a very good illustration of how God views time that I would like to share, it goes something like this.

Imagine several rafts are being launched on a canyon river, each being launched several minutes apart. This canyon river has many turns that make it impossible to see who has already finished, or even who wiped out. Additionally, no one at the start or finish lines can communicate with each other, they have to wait until the race is over to find out who finished and who did not; likewise with the raft teams.

Now if a spectator at the start line wanted to place a bet that a particular raft would never complete the river, he obviously cannot truly know the outcome until the end of the race; if he did, the bet wouldn't be fair to anyone else. But if you were to bet the helicopter pilot, he sees that particular raft has already finished. Do you think the pilot would chose to bet on that raft? Absolutely!

Now I want you to very seriously consider something; if the pilot agrees to bet on this raft, seeing that it already finished the river course, did the pilot have any effect on the decisions and skills of the rafters on the river? Did the pilot tell the rafters what to do? Did any of the other rafters that wiped out have an unfair chance because the pilot didn't bet on them? No, not at all. The pilot just had a better view flying over the canyon than of those on the river, and he knows who is successfully finishing before those at the starting line.

As I already stated, it is true that God chose us before the creation of the world. But perhaps with this last illustration you can see how this is possible without effecting our free will. We still make our own choice to follow Jesus Christ, God just knows who in the end will choose Christ. Based on this, God then chose them before the creation of the world. God still doesn't mess with your free will. If free will didn't exist, we would still be living in the Garden of Eden; clearly we are not.

Let me ask you something, if you could go into the future and see who wins the next NFL Super Bowl, and then return to your own time, would you be effecting the players free will by placing a bet on the winning team? No. Time would simply pass, but you would have the advantage of already knowing the future before the game was even played. Similar to the idea of God choosing us. God knows what people are going to be believers in Jesus Christ at the end of our linear timeline. God has simply chosen the believers, in advance, knowing before He even laid the foundations of the world.

So then, of course, comes the question for most people, "Well then, how do we become a chosen one of God?" Are you ready for the simplest answer of all time? Here it is...

That's it! There is no real secret. If you chose Him, He will chose you, pretty simple. But you should know that God is not going to force you to chose Him? You can say "no" just as easy as you can say "yes"? God will not pressure you to decide anything at all? THAT is your given gift of free will. And you are given free will because God does not want robots that are programmed to love Him. God wants authentic, organic, and genuine love. You have complete control over being pre-chosen of God or not.

God does not make the choice for you, He just knows the end from the beginning.

chosen free will choice predestination time God
Fearfully and Wonderfully Made!
What Is Hell and Why Do People Go There?
Discovered Evidence Proves Exodus